The man who bought Gatwick Airport and lessons for the Soloprenuer 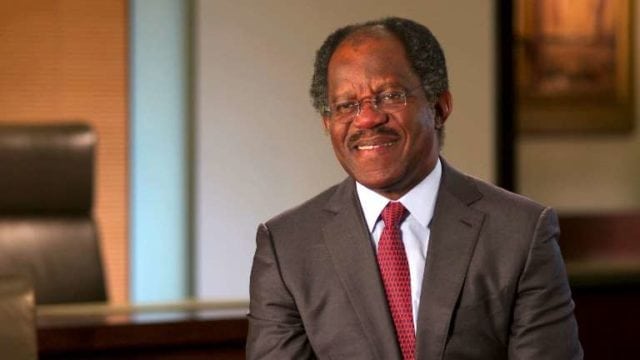 Adebayo Ogunlesi is one of the most famous Nigerian born investment bankers.

Bayo, as he is popularly called, has been nicknamed “The man who bought Gatwick Airport” after his firm acquired the Airport in 2012.

Bayo Ogunlesi has broken several world records including being the first man to get into Harvard University after completing his first degree elsewhere and has been recipient of numerous international awards.

Just like every other success story, Bayo found a way to scale the hurdles whenever he faced them.

Beginning his career in 1980 serving as a law clerk to Associate Justice Thurgood Marshall of the United States Supreme Court, Bayo became the first black man to occupy such position.

By 1983, Bayo had begun working for an investment bank, First Boston and later Credit Suisse. Rising through the corporate ladder, Bayo had become the Executive Vice Chairman and Chief Client Officer of CSFB by 2006.

Mr. Ogunlesi’s true success came in 2006 when he left CSFB to form a joint partnership with his previous employer and other key entities to form a private investment firm Global Infrastructure Partners(GIP).

This firm because of its strategic partnerships and the pool of funds it had raised was able to acquire three of the major Airports in the UK; London City Airport, Gatwick Airport and the Edinburgh Airport leaving Mr. Ogunlesi worth over $10.4 billion according to Forbes.

This clearly shows that in business and also in life, our dreams and visions can only be achieved when we get the necessary support to reach our goals. This could come from Partners, Friends, Mentors and most importantly a good team.

Good as this sounds, a Soloprenuer or even a small business owner would train himself to work alone. He must learn, master and use several unrelated skills in the pursuit of his dreams and aspirations.

While this has its benefits which includes leaving him a “Jack of all trade”, it greatly limits how much he can accomplish within the short time frame earth allows.
With a little help he may do more and more..

Understandably, most persons do not become soloprenuers by deliberate effort. It likely happened circumstantially because they do not have enough money in the bank to sustain the payment of salaries and the goose chills of fear that come when a predictable revenue is yet to be established.

One of the best ways to solve this problem as a Soloprenuer is to build a team around a freelance marketplace. Yes, a team. So you would not need to pay until work gets done.

Here’s how to do this

2 – Search for proficient freelancers that can handle the task you have listed on a platform you have chosen. Miduman.com or Fiverr.

3 – Write the name or link of the freelancer next to the task he can execute on your list. Build rapport by sending a message letting the lancer know you would hire whenever you need such task done.

Supporting small businesses to achieve great feats is why I choose to found Miduman.

Miduman is a free tool you can use to find the best freelancers who will cheerfully support you as you build that business that brings solutions to the problems we face.

Thank you for reading… I would love to hear your thoughts, post a comment or question, I am always happy to respond!